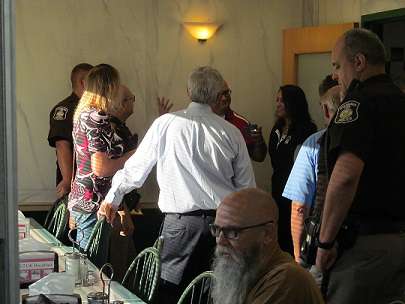 Coffee With a Cop
On Thursday, August 18, 2016, the Sylvania Township Police Department hosted their first “Coffee With a Cop” event. It was held at Charlie’s Restaurant at 6945 Central Avenue. The hours were 8 am until 10 am.

There were five officers present. Approximately 15 citizens came to meet with our officers. Discussions ranged from the status of a particular case to neighborhood traffic concerns to general discussion including some people stopping in just to say
“Thank you”

It was a very positive and rewarding way to reach out to the community.  Plans are underway to host more of these events.  If anyone has a comment or suggestion regarding the “Coffee With a Cop” event, please contact Deputy Chief Ray Carroll at 419 720 3021.

The entire Sylvania Township Police Department would like to express our sincere thanks and gratitude to those individuals, institutions and businesses who have, in recent weeks, expressed their support. We are grateful for the food, snacks, cookies and so many other things that were delivered to the police department. However, mostly, we are moved and motivated by the good wishes conveyed to us. It is a difficult time for law enforcement around the country. The backing from so many in our community means so much! Thank you!

Are you looking for a speaker for your civic, church or social group? Sylvania Township Police Deputy Chief Ray Carroll can deliver a short presentation that describes a new way of reacting to an active shooter. The “A.L.I.C.E.” program has been presented to and is in place in all Sylvania and Sylvania Township schools. This system can be used in settings other than schools such as the work place, movie theaters, shopping malls, etc. Get a brief overview of what this program entails and what steps you can take to protect yourself and your children. For more information, please call Deputy Chief Ray Carroll at 419.720.3012.

Sergeant Clarence Whalen of the Sylvania Township Police Department announced on November 12, 2015 the police department has been awarded two separate grants from the Ohio Department of Public Safety. Sylvania Township Police were awarded a “Selective Traffic Enforcement Program” grant for $13,362 where all traffic laws will be enforced with an emphasis on speed violations and enforcing seat belt and child restraint laws. Through implementation of this grant, high visibility enforcement will raise public awareness and address non-compliance of seat belt use. Also, awarded was an “Impaired Driving Enforcement Program” grant for $17,177.59

“Clearly, impaired driving and other related crashes constitute a major threat to the safety and will-being of the public. Through implementation of this grant, the Sylvania Township Police Department want to significantly reduce deaths, injuries and property damage caused by drivers who are impaired by alcohol or drugs,” Chief Boehme said. 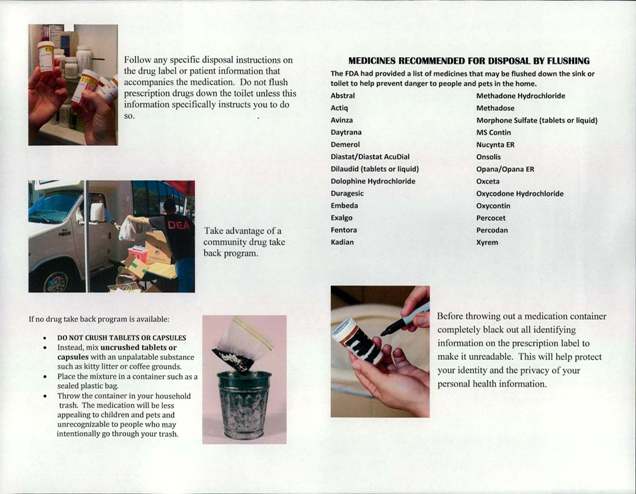