Neal Mahoney has been married for 22 years and has 4 children, 3 of which attend Sylvania Schools. Neal graduated from St. Johns High School in 1983, and graduated from Bowling Green State University in 1988. Neal is a partner at Midland Title Company and currently serves as an active board member on various non profit charities. 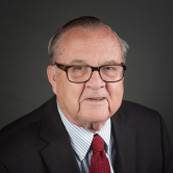 John Crandall is a lifelong resident of Sylvania Township, serving in numerous capacities throughout the community in education, economic development and recreation. He graduated from Burnham High School and the University of Toledo with a Bachelors of Science in Civil Engineering. John retired from the Lucas County Engineer’s Office as Director of Operations, where he had oversight of multiple large road construction projects.

Married to his wife, Sue, for over 50 years. They had 5 sons who played hockey for Northview High School. They have 8 grandchildren, all of whom attended Sylvania schools which makes the fourth generation. 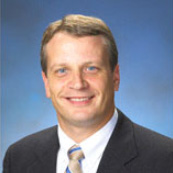 John is a life long resident of the Sylvania community. He has a Bachelor of Science degree from the University of Toledo in Business Administration. His work experience includes Project Management, Risk Management, and Premium Financing. He has worked in the insurance industry for several Fortune 100 companies, including IBM, Allstate Insurance, and AIG (American International Group). His background enables him to use a common sense business approach in the projects he tackles.

John is very active in the community – volunteering in Toledo and Sylvania Schools as a Junior Achievement instructor. 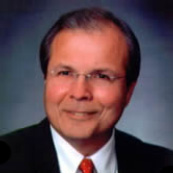 Dave Simko was elected Fiscal Officer in November 2004. Dave has resided in the township for twenty years and the Sylvania community for thirty-four years. He and his wife, Kathy, have three adult children, Megan(Sean) McNulty, Matthew(Leah) and Michael(Elyse). Dave is a practicing attorney with his law office in Sylvania Township. Dave enjoys being Fiscal Officer because it allows him to participate in the growth and direction of the community where he lives and works.

He is on the Sylvania Senior Center Board, the Sylvania Community Improvement Corporation,Sylvania Schools Finance Committee, the Lutheran Social Services Foundation Board and the Lagrange Community Development Board. Dave is also a member of the Sylvania Area Chamber of Commerce. Dave is a graduate of Woodward High School, the University of Toledo and Capital University Law School. Dave and his family attend Olivet Lutheran Church.